Which is Worse for Kids – Alcohol or Marijuana? 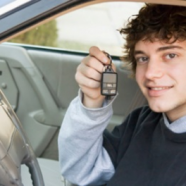 We recently found a thought-provoking article regarding the impact of alcohol and marijuana on kids. The article is written by a pediatrician who is often asked about the different impacts of the two substances on his patients.

Which would he rather his children use – alcohol or marijuana?

Of course his first answer was “neither”.  But then he revealed his findings and came to a conclusion based on many factors, including the higher frequency of medical emergencies from alcohol poisoning of under-age consumers of alcohol.

Here are some other reasons that helped him reach his conclusion:

No doubt parents are asked this same question by their own kids.  Especially when they hear that marijuana has become legal in several states for recreational use. Being armed with some facts is always important.  Including the reality that legal substances can be just as hazardous to a kid’s health and well-being as those that are outlawed.

NCADD Sacramento works with individuals and families to improve their parenting skills and communication with their kids.  In doing so, these parents are able to have conversations about the dangers of alcohol and drug use.  They are also able to share effective parenting tips with their friends and neighbors, increasing the positive impact on the community.